The delineators prevent drivers from turning left from eastbound Olympic onto northbound Fox Hills.  This turn movement is especially unsafe due to its proximity to the Olympic/Century Park West intersection.

Special thanks to Joan Pelico at CD5, Selwyn Hollins at LADOT and Kevin James at Public Works. 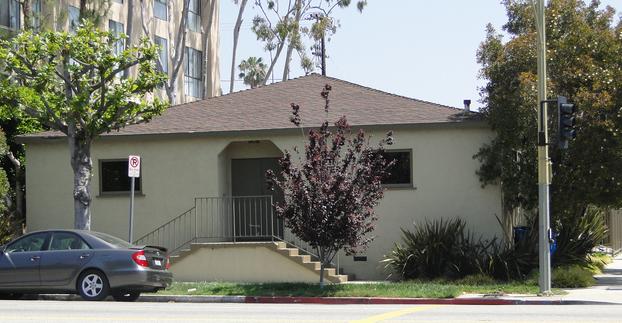 The Riddick Center (www.RiddickCenter.Org) is a former Army Anti-Aircraft Battalion recreation building that in 1944, was offered for free if it could be moved it from its original location (one block south on Overland Avenue, near the rail tracks) within 30 days. Now, in its current location, it houses Boy Scouts, Girl Scouts, is a polling place and serves as a community meeting place for various community groups.

In 2015, it also had a leaky roof.  Fix The City arranged for funding to replace the roof just in time before the rains came.